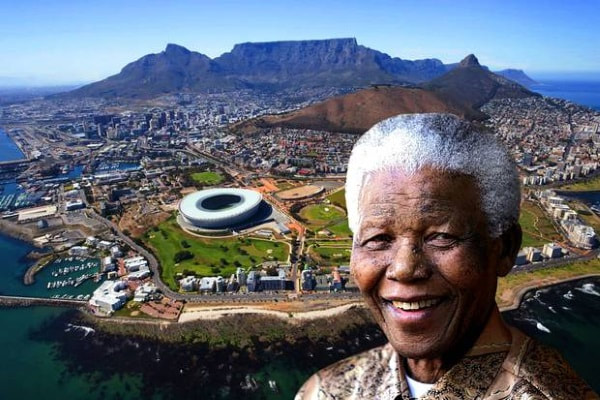 SKU:
$1,000.00
$1,000.00
Unavailable
per item
A guided walking tour bringing to life a series of significant events in Nelson Mandela’s time in Cape Town both as a prisoner and eventually as our first democratically-elected president.
Add to Cart
When most people think about Mandela and Cape Town they don’t see beyond Robben Island, but Cape Town has a captivating Mandela story to tell as it provided the setting for the unfolding of a series of significant and secretive meetings that led to the surprise release of Mandela and the unbanning of the ANC in February 1990.

This story is rich with elements of human drama: pain & heartache, bravery & courage, secrecy and intrigue. Amongst the players is a president, a chief of prison, a spy and a prisoner. The setting is Cape Town.

Itinerary
Meet the tour guide in reception of Taj Cape Town Hotel. Note starting time for the tour is at 10h30. The tour departs from the steps of the Bishop Robert Gray Memorial, St George’s Mall, adjacent to the Taj Hotel (where St George’s Mall meets Wale Street).


Join us for a 2 ½ hour walk, which covers approximately 2km of the historic and cultural heart of Cape Town and brings to life the journey Mandela took from his conviction in 1964 at the Rivonia Trial until his current status as a global icon of bravery and freedom.


Highlights of the tour include the Mandela Rhodes Building and the many boards and photos depicting his life, Greenmarket Square and the Methodist Church for a discussion on the role played by religious groupings during “the struggle”, City Hall and Parliament and details of the iconic speech given by Madiba after his release, as well as Tuynhuis which forms the setting for secret, behind the scenes, meetings and negotiations; and finally Queen Victoria Street with its apartheid benches’ and high court buildings.
Cancellation Policy
A cancellation more than 45 days prior to commencement of services will result in your deposit of 50% being retained in lieu of cancellation penalties.
A cancellation 45 days and less prior to commencement of services will result in a cancellation fee of 100%. I.e. Full payment will be retained in lieu of cancellation penalties.